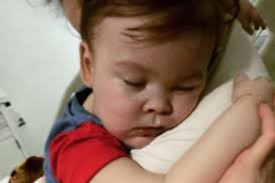 Catholic Social Teaching and even society at large, tells us that parental rights concerning the welfare of our children is a preeminent, inalienable right, and a foundational principle of any civilized society. However, the tragic case of Alfie Evans shows that the increasing power of the state is ever more usurping individual rights, and marshalling in the culture that continually hastens death and throws aside the desires and rights of parents and family members.

The Alfie Evans case has been all over the news for the last month. Sadly, Alfie lost his battle for life on April 28th. After a series of court cases, doctors at Alder Hey Children’s Hospital in Liverpool removed his life support on Monday, against his parents’ wishes. Until public pressure was applied, Alfie was not initially given even water, food or oxygen.

Alfie proved medical experts wrong when he continued to breathe unaided for days. Alfie’s heroic parents even provided mouth-to-mouth resuscitation to help Alfie survive, but Alfie eventually died in the early hours of Saturday. “My gladiator lay down his shield and gained his wings at 02:30, we are absolutely heartbroken,” the boy’s father Tom Evans wrote on Facebook. “Our baby boy grew his wings tonight . . . Thank you everyone for all your support,” his mother Kate James wrote. 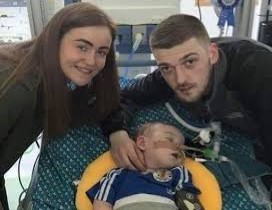 Medical experts in Britain had agreed that more treatment for Alfie would be futile, but his parents wanted to take him to Rome, where the Vatican’s Bambino Gesu hospital had offered to care for him thanks to the direct intervention of Pope Francis. Recently, as Alfie’s case was gaining worldwide attention, Pope Francis met with Alfie’s parents. On April 23rd, the Pope tweeted “Moved by the prayers and immense solidarity shown little Alfie Evans, I renew my appeal that the suffering of his parents may be heard and that their desire to seek new forms of treatment may be granted.” At his Wednesday, Audience, Pope Francis went on to “reiterate and strongly confirm that the only master of life, from the beginning to the natural end, is God! Our duty is to do everything to preserve life,” he stated. Over the weekend Pope Francis mourned for Alfie, “I am deeply moved by the death of little Alfie. Today I pray especially for his parents, as God the Father receives him in his tender embrace.”

This tragic story is stacked with a myriad of subtly increasing religious freedom violations that strike at the heart of Catholic Teaching, the inherent dignity of human life, and the God-given rights and responsibilities of families and parents.

However, the most consequential aspect that should concern all faithful citizens is the denial of parental rights to protect their children. We should all be concerned on the continual slide toward the culture of death when government, and NOT the parents decide who lives and who dies. The cruel paradox is being played out more often (i.e. Charlie Gard), especially it seems in the United Kingdom, where the state’s legal “right to kill” promotes the destruction of thousands of unborn children, enables euthanasia, and yet denies the right of parents to save their children’s lives, even if they are willing to pay for it themselves.

In this case, government and government-run healthcare, is abdicating its role of “do no harm” and moving toward “medical tyranny” according to Dr. Anthony Cole, the Catholic chairman of the Medical Ethics Alliance. He has written an open letter, co-signed by nearly 60 others, including a number of prominent Catholic doctors. saying that the treatment of Alfie and his parents, Tom Evans and Kate James, brought the medical profession in the U.K. into “disrepute.”

“The parents are being tortured as they watch the hospital take actions expected to lead to his death,” said the April 24 letter, which was “Despite a viable alternative being available (namely transfer by air ambulance for further assessment to a specialist hospital in Rome), the hospital and doctors responsible for his care insist that he remains under their care and on a pathway toward death,” the letter said. “While he now has some oxygen and some fluid, this has taken huge effort to obtain for him.”

“Actions such as these have now brought the Alder Hey (Children’s) Hospital to worldwide attention and, by extension, bring our whole profession into disrepute.”

“’Medical tyranny’ must stop! Poor Alfie must not be killed in this way,” they said.

“When the state is atheistic or secular, human life is no longer seen as sacred, and human dignity suffers. Hopelessness is not a strategy. Miracles are possible.”

Stories such as Alfie Evans and Charlie Guard will continue if we allow countries to embrace the inhumane errors of the culture of death. As faithful Catholics, and engaged citizens, we must continue to speak up for the sanctity of life in and out of season.