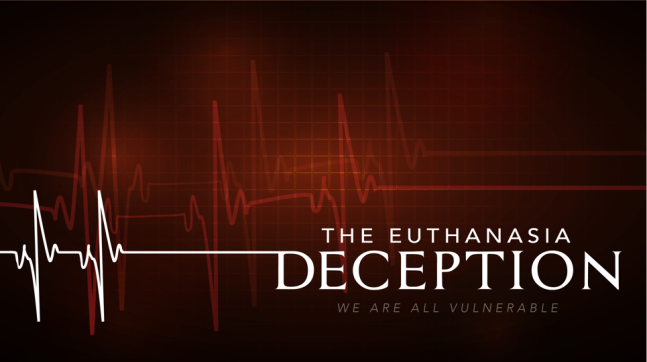 “To end a person’s suffering seems a mercy. And does the exact time of death really matter that much?” 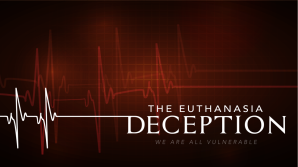 This candid reflection by Suzanne Marshall caught my attention as I read her account of her mother’s lengthy and painful death. On the surface, it seems merciful to want to end the suffering for any human being, and especially for our family members who are closest to us.

In her article, “Time of Death – The Things Euthanasia Would Have Stolen from My Dying Mother and Me,”, Marshall recounts her roller-coaster range of thoughts and emotions that led her from a desire to mercifully end her mother’s life quickly to avoid suffering, to a profound realization that God’s timing, even in the throes of suffering, brought forth an unexpected mutual strengthening and renewal of the love between Suzanne and her mother.

Marshall recounts the dreaded, cancer diagnosis that would include a painful and expensive march to death over the coming 6 – 9 months. Overwhelmed almost to despair, she began to understand, “why euthanasia is becoming increasingly accepted and legalized (Washington, Oregon, California, Vermont, and Montana currently allow euthanasia, as do several other countries).” However, as Suzanne sat with her mother over the ensuing weeks, she began to feel the movement of the Holy Spirit helping her to rise above the dark veil of impending death and to reveal to her the deeper meaning of this blessed time with her mother. “With each passing minute, my mind insisted, ‘Death, is wrong, wrong, wrong.’ I realized that humankind’s selfish willfulness produced this consequence, this destruction that has wormed its sick ruin into every facet of creation until it wreaks its worst outcome.”

This stark realization of how man’s sinful nature has led to death and destruction, temporarily stunned her, and tempted her to think of a quick fix to hasten her mother’s death. But just as quickly as the despairing thought entered, she felt a more powerful illumination when she thought, “what about my mother’s perspective? I am certain that my presence communicated worth to her. In effect I said, “Mom, suffering with you is tearing me up, but you are worth it. You are immeasurably valuable, and I want to spend every last second with you that I can.” Maybe this reassurance was something she needed to take with her.” What would euthanasia have communicated to her? Would she be grateful and understand that I did it in mercy, or would she interpret my actions as ending my own pain and inconvenience?”

Marshall’s gift of self for her mother’s sake brought her to the cross of Jesus itself, and the meaning of suffering, as she concluded, “Perhaps the last natural moments on earth held the clock-ticks that allowed my mother, like Jesus, his mother, his disciple, and the criminal, to extend love, to express faith, to forgive or be forgiven, and to look into God’s face.”

As Pope Francis reminds us, “Compassion does not mean pity, it means ‘suffering with.’”

We are called to “finish the race,” and allow the Father to lead us to the time and date that only He knows for the end of life.