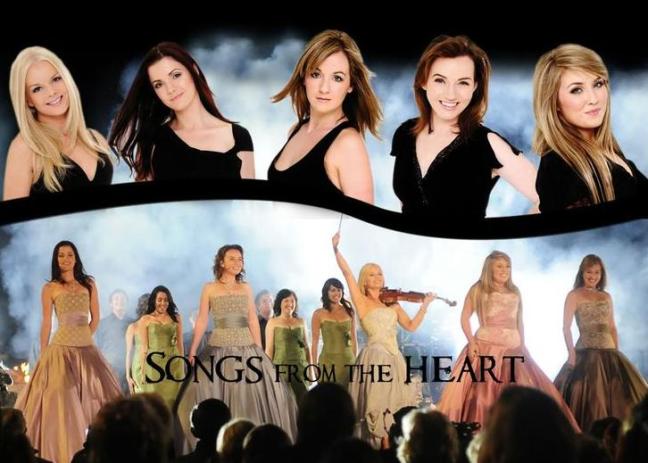 Believe it or not, one of the greatest moments in my life is the time I once encountered a group of angels. 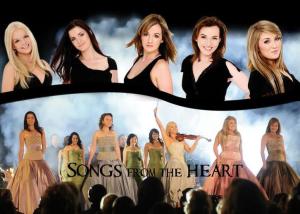 Some time back, I happened to turn the channel to PBS (which I rarely watch) and there, with melodic voices filling my ears, I saw five honest-to-goodness angels.

That is indeed the ONLY thing that they could have been, I thought, for nothing but angels could sing with the resounding power and beauty of these women.

It turns out I was watching a concert performance by a group called Celtic Woman which had been recorded outdoors at the Powerscourt Estate and Garden in Ireland; a magnificent rolling county estate where these five women and an enormous orchestra filled the Irish countryside with magnificent music on one special evening back in 2009.

Ironically enough, their 2017 world tour is entitled “Voices of Angels” . . . something that I can very much attest is aptly named.

I became a fan of their music that very night and have followed them ever since, but in particular it was the opening song during that first concert I saw there at Powerscourt which has sparked my imagination . . . and haunted my mind ever since I first heard it.

It is entitled, quite simply, “The Call.” and I have embedded the video here below . . .I encourage you to view it before continuing and experience with me one of the most powerful moments I’ve ever felt:

I swear to you that in hearing the words to this song – sung with those amazing voices – I was certain that I was somehow hearing God himself speak directly to me, both personally and powerfully:

These beautiful voices keep singing this all-important message that God somehow keeps wanting me to hear . . . a message I think that is truly meant for all of us:

“Open your heart I AM CALLING YOU!
Right from the very start,
Your wounded heart was calling too!

Open your arms!
You will find the answer
when you answer to
THE CALL!”

The Call is at its heart a plea which involves action on our parts – we are NOT to sit back and just LET things happen around us. We all may indeed have wounded hearts, but God still calls us to do his work.

We are CALLED to BEGIN AGAIN . . . we are CALLED to RENEW our active service in his name. No matter where we are, what we have done, or what talents we think we either have or lack, THE CALL is for us to begin again, start over or just renew ourselves and our closeness to him.

There is never a better time than now to begin again . . . to answer THE CALL and receive his grace and forgiveness just like life-giving water. The task of reinvention and renewal is a constant one . . . one which very much has the potential to change our lives forever for the better.

All things are possible . . . if we but answer THE CALL.

One thought on ““The Call””