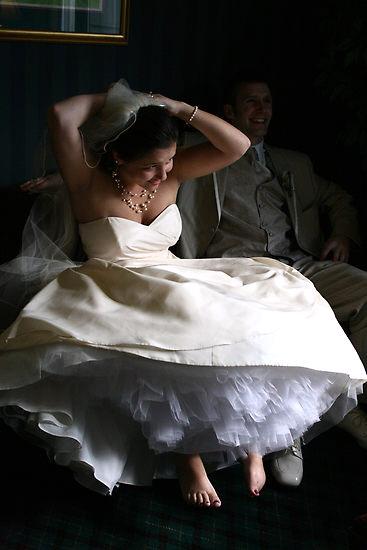 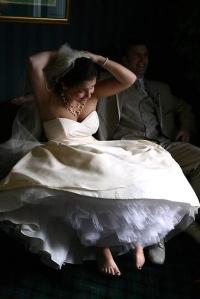 I remember driving on Interstate 70 east, away from Kansas City toward the Lake of the Ozarks in Missouri. It was a snowy and windy day, but inside our little car, a 1970 orange-colored Maverick, it was warm and cozy. It was the place where we wanted to be. It was our car. It represented our new world. It was just the two of us, starting our life together. We had dreamed of spending our honeymoon strolling the Ozarks hills and visiting many quaint places. The snow that was coming down, wet and heavy, was redesigning our plans. That did not bother us. What was important to us was that we were together. It snowed for two days. On the third day, although there were ten inches of snow on the ground, we decided to get out to explore the area.

As we were leaving our hotel, I realized that Teri did not bring shoes that I thought were appropriate for walking in the snow. She was wearing dress shoes. So, wanting to exert my newly acquired role and responsibility of “provider,” I said to Teri, “Let’s go buy you a pair of boots.” So, off we went in the car looking for a place to buy boots.

After a few miles on winding country roads, we came upon a small town where the streets were barely passable. There we found a shoe store. I got out of the car and stood in the street, ankle deep in snow. I wondered how Teri would get to the store through piles of slush and mud without getting wet and dirty. Then I had an idea. I walked to the passenger side of the car, opened the door and picked Teri up in my arms. There I was, at the center of town, carrying my beautiful bride to buy her shoes. I carried her all the way inside the store while bystanders who had noticed what was happening started clapping.

That was a gallant gesture, that impressed my young bride, and it has remained a vivid memory in Teri’s mind. In fact, it has become the source of teasing between us. From time to time she reminds me of what I did and asks when I am going to carry her again with so much enthusiasm.

The fact is that I have, and she too has carried me many times. Spouses that want to succeed need to learn to carry each other’s burdens. Teri carried me when I was sick; she looked after my needs and helped me recuperate after surgery. She carried me when I lost my job; she supported me for six moths while I was looking for another job. I have done the same for her. When she went back to school, I accepted the sacrifice of evenings and weekends scheduled around her schoolwork.

One critical lesson we learned about helping each other is the importance of a positive attitude. Just imagine how today we would remember the event described above had I picked up my new bride and complained that she was too heavy, and that my feet were getting wet and muddy.

A study on “Sacrifice as a Predictor of Marital Outcomes” published in Family Process found that couples’ attitudes toward sacrifice affect their happiness and satisfaction. The authors write: “Sacrifice may be one of the more tangible ways that partners can demonstrate genuine commitment to the relationship in the day-to-day of life together.”

Self-giving and sacrifice are essential elements of Christian love. Pope Benedict XVI wrote in his encyclical “God Is Love” that married love is not self-seeking, but seeks the good of the beloved, and mature love is ready and willing for sacrifice.

In embracing the necessary sacrifices required in marriage Christian spouses have the benefit of their faith. They know that God stands by them with his graces ready to help them grow in love through the sacrifices they make. The Catechism of the Catholic Church reminds us: “Christ dwells with them [the spouses], gives them the strength to take up their crosses and to follow him, to rise again after they have fallen, to forgive one another, and to bear one another’s burdens.” (#1642)